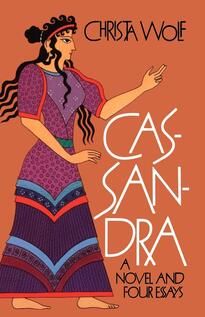 Brief Synopsis
​The novel is told in a non-linear style, hopping from Cassandra getting closer and closer to her death and the events that lead up to her journey to that death. The book opens with Christa Wolf's thoughts standing the same stop Cassandra could have once stood before slowly shifting into Cassandra's point of view as she travels with Agamemnon and looking back at her life. Looking back on the slow deterioration between her and her family, hell even from her own city. Cassandra grapples with losing her home and becoming the last Trojan, all while trying to deal with the fact that her death is approaching.
​
You can read more about the author, Christa Wolf, at the Britannica or at the Fembio website. The New Yorker released an article looking back on Christa Wolf's work after her death in 2011.

Cassandra contains themes of dreams, anti-war, and feminism the reader should keep an eye out for. Cassandra is trying to escape the mold she has been placed in because of her gender, and is against the Trojan War and finds it unnecessary. The different interpretations of dreams that happens between people of different genders also appears multiple times throughout the book. 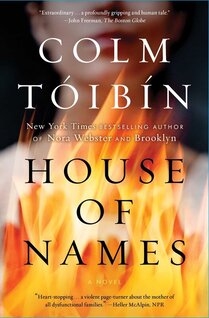 Brief Synopsis
​The novel is a reimaging of the three plays in The Oresteia by Aeschylus from Clytemnestra's, Orestes', and Electra's point of view. Toibin gives each of the characters their own goals and flaws, hell Electra is an actual character this time around. He focuses on Orestes as a character quite a bit, expanding upon his time when he was "sold by his mother" (the quotes will make sense upon reading) and how he doesn't want to be a typical power hungry male. The book once again deals with a patriarchal society but gives the reader a character who is trying not to succumb to that society like his father before him.

You can read more about the author, Colm Toibin, at the Britannica and his own website.

House of Names contains themes of silence, suppression, and grief that should catch the reader's eyes. Clytemnestra is forced to submit to her husband's plot to sacrifice their daughter, she suffers in silence instead of opening up to her remaining children. Which, unfortunately, causes a rift to grow between her and her remaining daughter Electra. 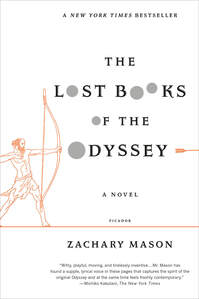 Brief Synopsis
The novel goes through different homecoming scenarios for Odysseus. As well as just different retellings of evens from The Odyssey. Some of the reimaginings are paragraph long others are a couple pages long. Mason tells all of these stories in a very experimental way, changing the point of view and the tone for each one.

Here is a profile of Zachary Mason on the Macmillan website. If you need a quick recap of The Odyssey I have you covered.

The Lost Books of the Odyssey looks at what home means. With all of the different tellings of Odysseus' homecoming he reacts quite differently each time. Sometimes all he wants is to be back with his family, other times he's dreading going back to a 'boring' life. The book also tackles what storytelling really means. 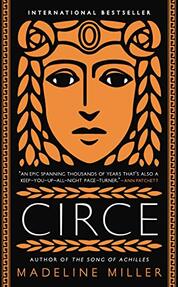 Brief Synopsis
​This novel is a feminist retelling of the witch Circe from The Odyssey. Madeline Miller gives the reader more about Circe herself, her birth and how she got to the island she would eventually be with Odysseus for a year. We get to see her childhood, which was not the best upon reflection, and see her come into her powers to become a powerful witch. It is an amazing thing to see after all the abuse she goes through.

Here is Madeline Miller's website to provide some context to her and her other novels. Here is a family tree, because it honestly gets hard to keep track of a god's family tree.

Circe has themes of feminism and nature that reader should look for. Circe fights against the gender roles placed upon her and is connected to nature. So much so it seems to speak to her. Her power comes from nature, and that allows her to break from the restraints placed on her.
Powered by